In the Star Wars universe, there are rarely beings as dark and powerful as the Sith. An ancient order of beings subservient to the dark side of the force, the Sith were once fallen Jedi that arrived on Korriban, the homeworld of the Sith species. There they were akin to gods and once interbreeding with the species began, they joined them in their quest for universal domination. In the Star Wars Legends, many empires of the Sith have arisen and fallen but these Sith deserve their own movies. R rated films to explore not only the rich and wonderful culture of the Sith but also their apprentices, their love lives, their conquests and their empires. Some of these are difficult to produce with the new movies started, but I faithfully believe that the multiverse concept should be applied everywhere, so why not here too?

use the dark side are also bound to serve it. To understand this is to understand the underlying philosophy of the Sith. The dark side offers power for power’s sake. You must crave it. Covet it. You must seek power above all else, with no reservation or hesitation.”

The Revanchist was a Jedi that took the fight to the Mandalorians despite the wishes of the Jedi Council against it, wearing their mask to strike fear into their hearts. He had great leadership skills and power beyond even the strongest of the Jedi and Sith. Eventually he and his apprentice Malak ventured to the Unknown Regions of Space where they were taken to the dark side of the force by the emperor Darth Vitiate and later returned as lords of the Sith. Revan eventually lost his memories and returned to the light side of the force through his lover Bastilla Shan. He then ventured to the Outer Rim and sacrificed himself to save the universe from the power of the developing Sith Empire. A movie of this guy would be epic beyond proportions, space battles, dark side, love and all the stuff in between. 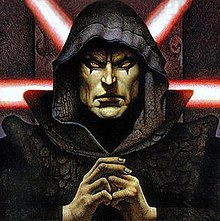 “Do you feel it? Do you feel the power of the dark side? The only real power! The only thing worth living for! Do you feel invincible? Invulnerable? Immortal? Are you ready to kill a world?”

Bane was the founder of the modern Sith, creator of the Rule of the Two. Bane was a miner with great force potential. He was able to join the Sith academy due to his great career on the field as a Sith trooper and later was able to gain knowledge from a holocron of Darth Revan. Bane was powerful beyond the other Sith but manipulative as well. By this time the Sith had become diluted and weak, putting aside the title of Darth and spreading equality through Kaan’s Brotherhood of Darkness. He knew that in order for the Sith to finally conquer, they must not defeat the Jedi in open battle but through cunning and guile, taking years to infiltrate the Republic till they could destroy it from within. It was his vision that Sidious fulfilled. Using the ancient technique of the Sith thought bomb, Bane destroyed all the Sith and took one apprentice Darth Zannah for him to teach the ways of the Sith. Zannah later killed Bane and took the mantle of training a new apprentice and dark lord of the sith. Bane would give us insight into the origins of the Sith, their whole philosophy and a look into their temples, lore and beginnings. 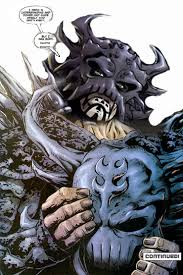 ave been through death and conquered it. I have returned with my power multiplied. The dark side of the Force lives and manifests itself through me! I reach into the dark side now and send ripples through it to all who serve it—know that I live!”

Born A’sharad Hett, Krayt was a lord of the Sith who took power many, many years after Luke Skywalker. Experimented upon by the Yuuzhan Vong, Krayt emerged from lowly Jedi origins to become a master of the dark side and created a new Sith Order of the Rule of the One and established himself as emperor. His primary nemesis was Cade Skywalker but the amount of Sith power we will see in this movie will be amazing. Entire armies of saber wielders, Jedi on the run and an empire strong enough to beat those pesky democracy lovers. Krayt was once a Jedi, a general who fought in the Clone Wars, gave Anakin Skywalker advice and tried to rise against the Empire but was put on the wrong path by the late great Obi Wan Kenobi. His story deserves telling.

The lord of the Sith that trained Palpatine, Plagueis was a more modern Sith, preferring to use the  tools of Sith technology combined with the power of the dark side of the force could reverse death. He orchestrated the events leading upto and including the Phantom Menace according to the old cannon and did various different experiments. A look into Plagueis could provide us a deeper look into the type of person Sidious was before he became the all powerful emperor and dark lord and the dynamic between master and apprentice. Though, if the rumours are true he might already be on the way to become a cinematic feature(Snoke theories anyone?) 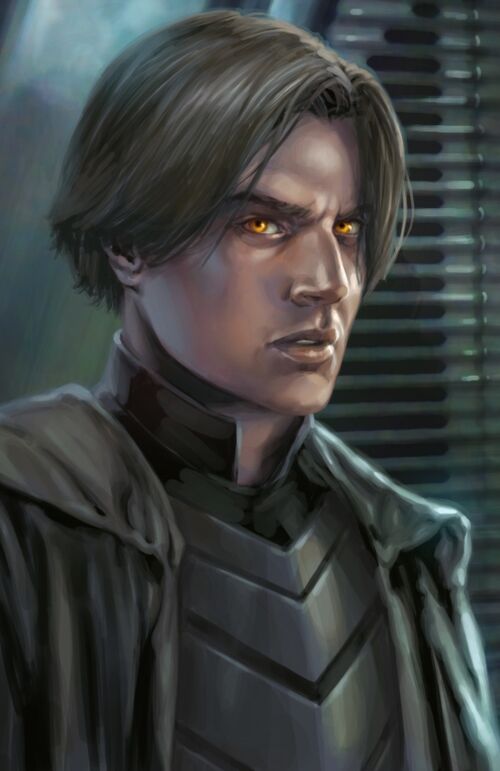 “I can tell you, with the certainty of the Force, that failing to stamp out dissent completely now will result in the deaths of billions in the coming years. We stand on a tipping point where we can choose chaos or order.”

One of the truly gripping stories of force users is that of those that truly represent the values of Jedi such as peace, harmony etc but in the context of achieving those lofty goals fall to the dark side of the force. Jacen was one such being. Kylo Ren can never truly match this person. While creating him in the new cannon will be difficult, multiverses have been adopted by Star Trek, DC and Marvel Comics to name a few so why not Star Wars? Jacen fought multiple wars and was instrumental in the defeat of the Yuuzhan Vong. The son of Han Solo and Leia Organa Skywalker, he was the ultimate embodiment of good. But he was captured, tortured and defeated, brought to the edge of the abyss and turned by Vergere and Darth Lumiya. Eventually, Jacen took the title of Darth to bring peace and harmony to the universe, but in doing so became the very evil he wanted to destroy. Jacen’s story represents a fall just like Anakin’s and thus all the more sweeter. His sister Jaina eventually defeats him and thus Darth Caedus becomes no more. His movie would give us an insight into the world of Grandmaster Luke and the New Jedi Order, not to mention the stories everyone wants to become cannon.

View all posts by darthillus